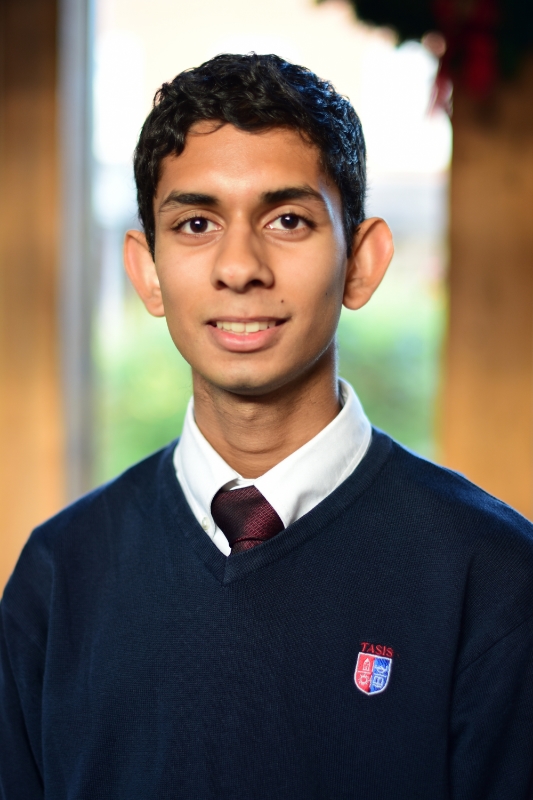 student, originally from New Jersey. Catherine is a 12th grade, 2­-year TASIS England student, who calls home (as many expats do, by country) the United States.

Over October Break 2015, Andre and Catherine had the unique opportunity to travel to the East African country Tanzania, on a Gap Medics trip, to shadow surgeons, specifically obstetricians, and observe surgeries in a developing hospital.

Gap Medics is a specialist company dedicated to providing year-round hospital work experience for medicine, midwifery, nursing and dentistry abroad to students 16 years and over. The organization offers programs in Tanzania, Croatia, Poland, and Thailand, with the opportunity to explore the fields of doctors, nurses, midwives and dentists, before beginning clinical training. In 2015, more than 3,000 students participated in the Gap Medics Program.

What inspired you to go to Tanzania on a Gap Medics trip?

Andre: Catherine told me that I should check out this organization called Gap Medics. I was immediately intrigued and fascinated with the prospect of this. It was a chance to see the healthcare system in a developing country first hand. Another reason that I wanted to go was because my grandfather lived in Tanzania for a short period of time as a child. It was a way to see where he lived and explore a place I had never been to.

Catherine: I’ve always been fascinated with medicine and have known for a while that I want to study to become a doctor, so when 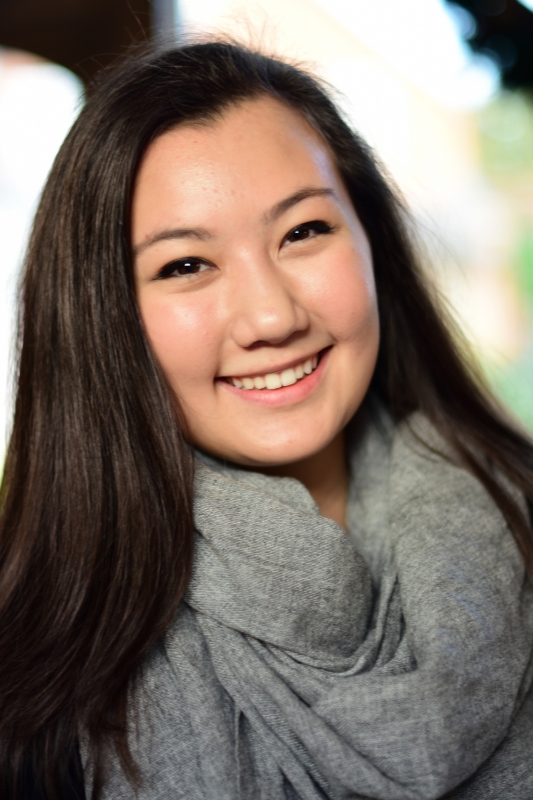 Tara Wilfert ‘15 told me about her trip to Tanzania with Gap Medics, I was instantly interested. The opportunity to witness surgeries and births at such a young age is practically unheard of in the medical world, so I couldn’t resist. Also, one of my career aspirations is to practice medicine in developing countries through an organisation such as Doctors Without Borders. Gap Medics would not only further confirm my desire to study medicine in university, but also confirm my desire to work in a developing country.

What did you love most about the trip?

Andre: My favorite part about the trip was being able to meet such interesting people. The doctors that we shadowed were really interested and devoted to making sure we both learned as much as possible. Tanzanians are very friendly and make you feel welcome wherever you go. Outside of the placement, I also got to meet some locals when I went on morning runs.

Catherine: One of my favourite aspects of the trip was witnessing the politics of 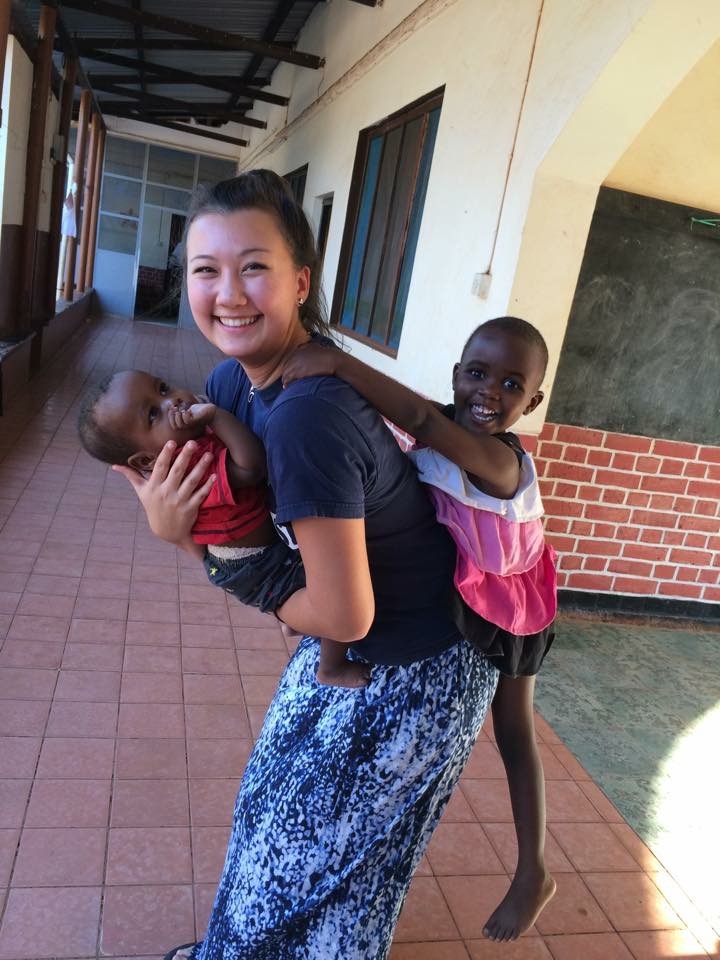 Tanzania and conversing with our mentors about the upcoming elections. Tanzania, a fairly new country, has had the same ruling party for over 50 years, and this year a new party, the People’s Party, had garnered much support threatening for reform. They advocated for reform in all areas, which was much desired for as nothing had changed during the 50 years of the ruling party. There were flags and posters hanging everywhere, from the bustling city of Dar es Salaam to the rural villages in Morogoro. It was fascinating to hear the local’s perspectives on such reforms as many included the healthcare system of Tanzania, as well as seeing the people so passionate about their favoured political party through clothing made from their party’s flags.

What was the most challenging aspect of the trip?

Andre: The most challenging part came one morning when all the drapes used during surgery were used the previous night during a cesarean section. The 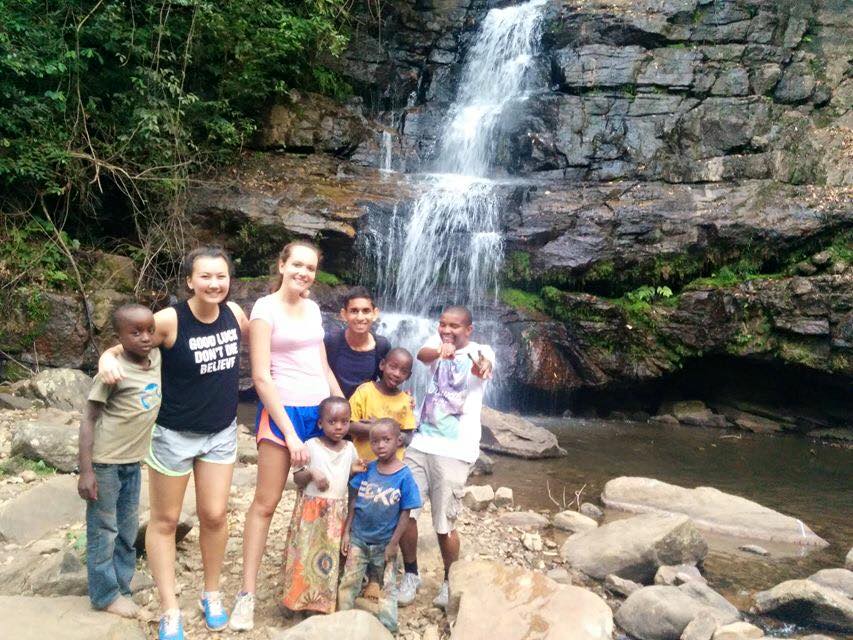 surgeons had to make tough decisions and decide who was going to get treated and who wasn’t. In the end it meant that children were not able to have surgeries for a few days. This was tough as it showed the direct impact from the constraints placed in a developing country.

Catherine: I agree with Andre. Another challenging part was witnessing the overall broken healthcare system. Patients must purchase their own anaesthesia, which usually was only a local anaesthetic, and any equipment needed for their procedures such as catheters, IVs, and IV fluids. All patients must bring a bucket to use as their toilet, which sat right next to their beds. Their beds were fashioned similar to a prison cell, with two people to a small cubicle. In the OB/GYN area of the hospital women would have to give birth right next to each other, and then be allotted only 4 hours post-delivery before they were required to leave. It was really difficult to witness and not be capable of doing anything. 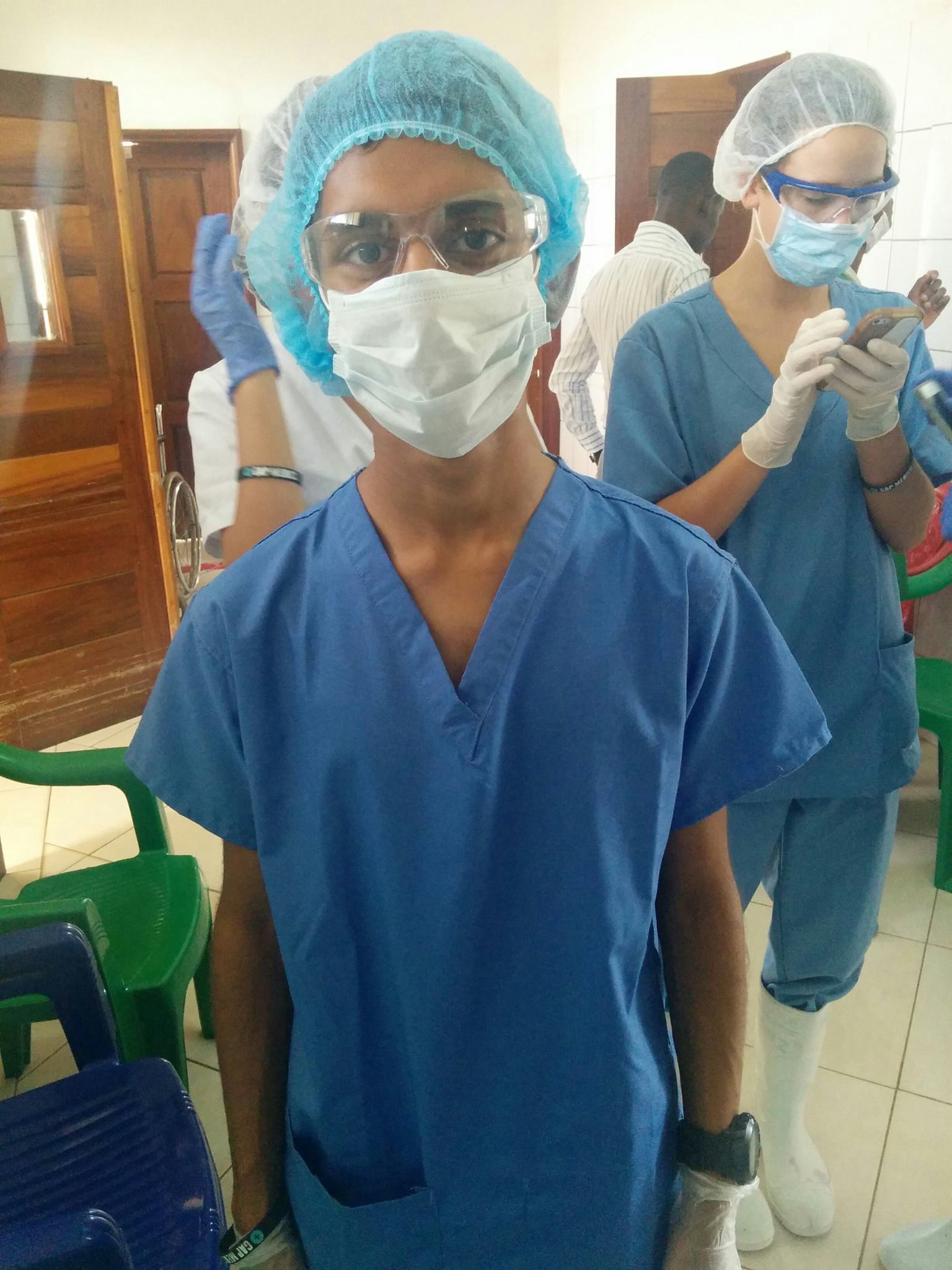 What resonated with you the most? What new perspective if any, did you glean from your trip?

Andre: On Thursday afternoon, Catherine and I went back to watch the removal of two plates because they were creating an immune response after they were placed to help a fracture that had since healed. About 30 minutes into the surgery there was a blackout and the backup generator failed. For the remaining hour and a half, the surgery was conducted with only the light from our cell phones’ flashlights. It made me see that even while there is a patient engaged in the middle of surgery, on the table, power cuts cannot stop surgery.

Catherine: I wholeheartedly agree. It was an astonishing but amazing experience. The resourcefulness of the surgeons in Tanzania absolutely amazed me.

How do you believe we could better support developing countries, specifically in regards to world health care?

Andre: The best way to support developing countries is by having skilled professionals donating time to help train doctors and treat patients. This is something that I would like to do after medical school. More immediately, I am running a fundraiser to help provide supplies and battery-operated lights that will insure that the operating theater stays lit, even through blackouts.

Catherine: Education. Currently in Tanzania, anyone can become a surgeon, regardless of skill or knowledge. This means that while there are some great surgeons in Tanzania, there are also some who haven’t been trained properly. This was seen most evidently during two side-by-side orthopaedic surgeries where one surgeon had been trained in a Western country and the other, in Tanzania. One surgery was carried out virtually without flaw, while the other surgery’s patient suffered extensive blood loss and multiple complications due to a lack of organisation.

Please look out for more information on Andre’s fundraiser and how you help provide supplies and battery operated lights to Tanzanian hospitals.