<Back to News
Animation Masterclass!

In collaboration with the upcoming Young Authors and Illustrators Festival, the TASIS Lower School hosted BAFTA Award winning animator – Claire Underwood. Claire, the creator of the CBeebies cartoon Boj and director of Pesky Animation, led an interactive assembly in the Fleming Theatre for the entire Lower School and fifth grade students.

Later in the day, third and fourth grade students participated in hands-on workshops. The students made several short looping eight-frame animations of short movements that worked on a one second repeat, for example a bouncing ball or blinking eye. During the workshop, Claire scanned the students' work using her MiniMations software and the students were able to view their animated creations. You can see some of Claire's examples of her MiniMations at www.minimation.co.uk. 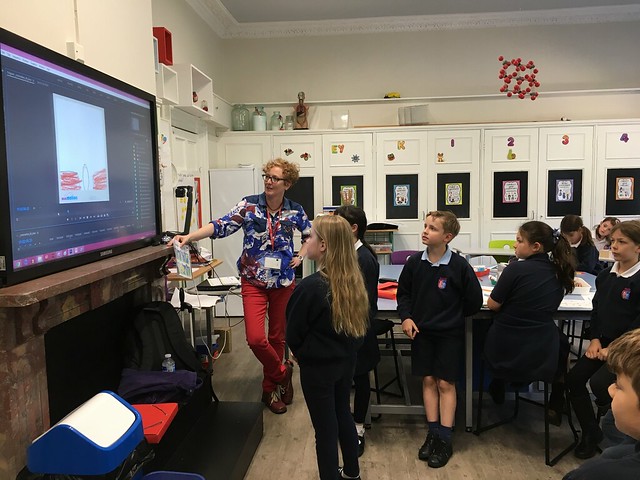